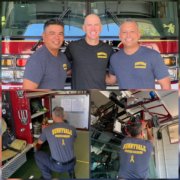 Help Sunnyvale Public Safety Officers assist children with cancer. This month DPS personnel will be buying and wearing these cancer awareness T-shirts. You can help the cause by buying your own shirt. All funds go to Cops Care Cancer Foundation.

Click this link to purchase your shirt. SALES ARE OPEN UNTIL WEDNESDAY SEPTEMBER 8. 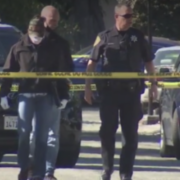 Saturday night, two people were shot, one of whom died, at an excessively large “house party” in Sunnyvale with an estimated 150-200 participants. This incident rightly raises the concerns of Sunnyvale residents. However, some are recklessly criticizing our officers because they did not charge into the house with our “weapons” to clear out the party. That approach would put the party participants, the officers, and the other neighbors in immediate danger.

Two of our officers were dispatched to the location of the party, which is a standard response. Upon arriving on scene, they determined that the party had well over 100 attendees. Based on their training and experience in the field, they knew that if they entered the home to disperse the party, especially with visibly intoxicated participants, it could lead to several dangerous scenarios including: a stampede of attendees leaving all at once; physical fights between attendees while dispersing; attacks on officers; pushing large crowds onto adjacent properties as there would be no officers to clear those areas.  The reactions would likely be even more aggressive if our officers attempted to disperse the party by force.

To put this “house party” in context, consider that 150-200 people would be the occupancy of the larger downtown bars. Now imagine the police trying to shut down those bars well before last call, with only two officers to provide security for everyone, including the officer, and in our Department’s case, also emergency medical response. We would never do that.

Our officers also learned that the “house party” was not authorized by the homeowner (it was an Airbnb rental), which typically means a more confrontational response by attendees when we attempt to disperse a large crowd, especially when drugs and alcohol could be involved.

Sunnyvale Public Safety Officers do not approach crowd dispersal as a weapons/force first approach. Rather, we would attempt to safely engage the participants and work on a methodical, organized dispersal process. This could take over an hour.  We also seek to “de-escalate” situations rather than escalate them through force or by aggressive tactics.  If we are waiting for backup before responding, it means we have no information that a potential life-threatening crime is in progress, and we are ensuring the safety of everyone involved.

Our officers had no way to know that a multiple-person shooting would take place, and we cannot assume that one will occur without any evidence as it would lead to panic and potentially aggressive responses from attendees. Sometimes, allowing more time to ensure we have the necessary resources is the best choice.

That being stated, there is another reason why Sunnyvale DPS response to the house party was delayed, low staffing. The PSOA has repeatedly stated that we do not have enough Public Safety Officers to respond quickly to calls for service, especially if it’s a larger-scale call like this huge house party. As such, we must prioritize or triage our calls for service. For example, a loud music/house party will be less of a priority than a burglary in process, a traffic accident, or an aggravated assault call.

In this case, DPS did not have any available units to respond to the party/noise call for service for nearly an hour. Once we did respond, it took additional time to get additional officers to the scene due to multiple factors, including call volume/staffing levels.

This problem will not get better in the near term, and it will not solve itself. Sunnyvale continues to grow, and as we add more and more housing units, without expanding our capacity to meet the needs of more residents, we will respond later and later to 911 calls. And that’s not just police calls. That includes fire and emergency medical calls as well. It’s simple mathematics.

Your Public Safety Officers are not TV movie action heroes who burst onto the scene, guns drawn, nor are we miracle workers capable of being in multiple locations at the same time. However, we will continue to do our level best to protect everyone’s safety with the resources we’ve been provided.

The City of Sunnyvale commissioned an expert to study the emergency response times of DPS crews throughout the entire city. Citygate, the City’s expert, found that during Sunnyvale’s brutal rush hour traffic, emergency response for fire and medical emergencies failed to meet established goals throughout the southern part of the city.  Click here to read PSOA’s analysis of the failing response times, the impact of future development on those response times as well as the safety risk to residents, workers and property as a result.

As part of the City Council’s 2019 Priority Setting Session, the PSOA advocated for investments in recruiting and retaining Public Safety Officers as well as investing in safety equipment. Read the full letter here.

Unpaid invoices, bureaucratic red tape, and other mismanagement led to Sunnyvale’s Fire fleet of engines and trucks falling into a serious state of disrepair with operational issues such as failing breaks and shattered windshields that went unreplaced. Worse, brand-new fire engines sat in a vendor’s corporation yard for months because the City failed to pay the invoices. You can read our two letters to the City Council advising them of this catastrophe here and here.

The City Manager proposed cuts to the Department of Public Safety’s budget leading to a 20% cut in DPS Detectives, 20% cut in Community Policing as well as cuts to traffic enforcement even though traffic accidents are one of Sunnyvale’s top public safety concern. Click here to read the PSOA letter to the City Council and click here to read the PSOA’s follow up letter. 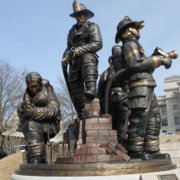 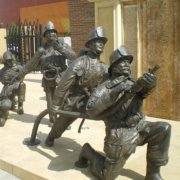 A Shift
B Shift
C Shift

There are no upcoming events.